Photographing polar bear has been a life-long dream, and I already tried when I visited Svalbard islands, where there is a big population but scattered among a vast territory, so not easy to spot them.  So I studied where in the world you have the highest chance to spot polar bears, and Churchill, in Canada, came out as an absolute winner.

Churchill is on the shores of Hudson’s Bay, and from mid October to the end of November, polar bears gather in this area to wait the bay to freeze, allowing them to cross over the bay and move north, so it is the best occasion in the world to photographing Polar Bears.

To organize your trip, you have few option: stay in Churchill town and go out in day tours, or join organized tours that let you sleep in the wilderness of the tundra.  I chose the latter, booking with the most famous company: Frontiers North Adventures, who created the Tundra Buggy (huge truck where you can safari in the tundra) and the Tundra Lodge basically a temporary camp in the middle of the Tundra, made by towing together huge wagons on wheels.

Remember that you have to book at least one year in advance: we booked in September 2020 and did the tour in October 2021, joining the first tour of the season in middle October. The reason is purely on cost, since it was the “cheapest” of the tours available (for your info it was the tour Polar Bear Enthusiast tour, the #52)

About the cost of it, I would just say that this has been the most expensive trip I’ve ever done, and it is incredibly expensive. This could be explained by the huge cost of operations in such a remote place, the uniqueness in the whole planet of the experience and the few spots available due to the short polar bear season (less than 2 months a year).

The trip starts in the city of Winnipeg (in my opinion not worth a day of visiting), with a charter flight that will bring you to Churchill. Plane is the only access to this remote town. 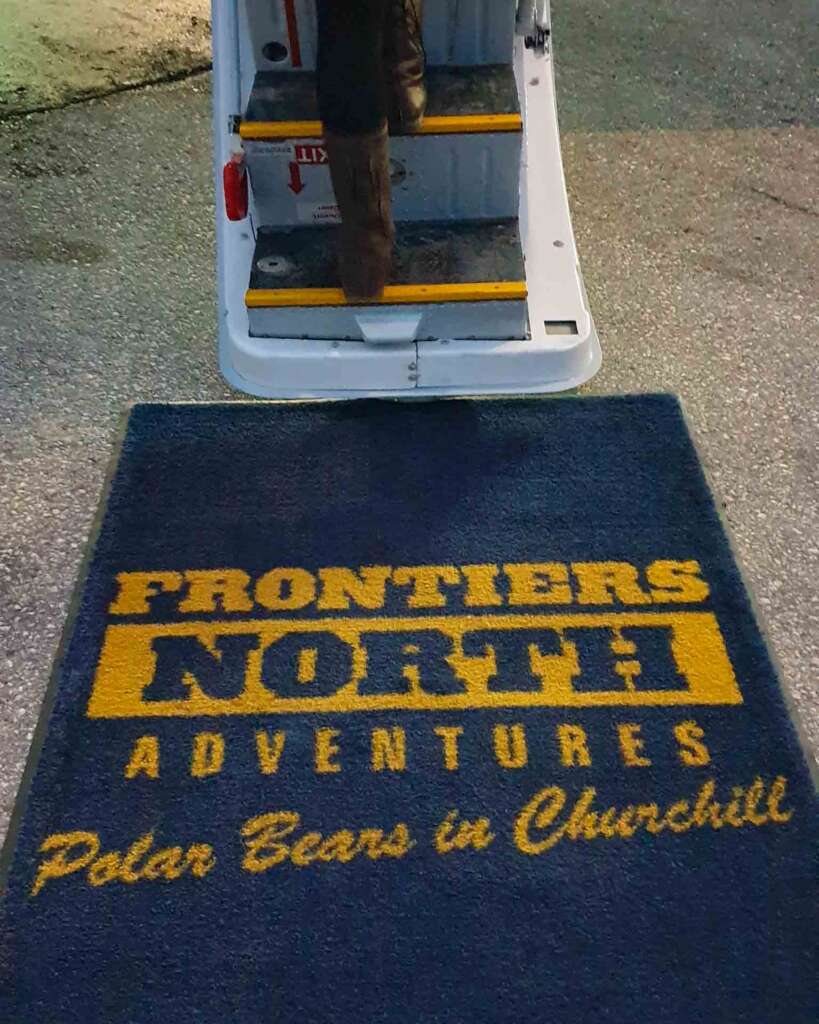 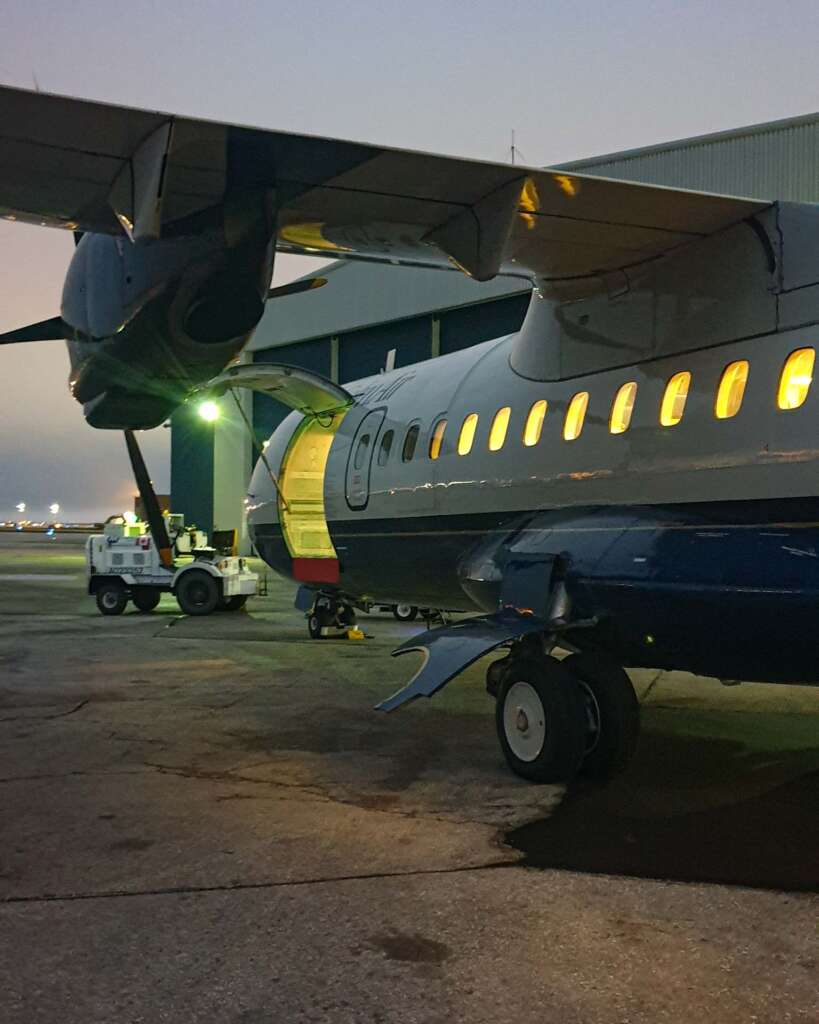 Once we landed in Churchill, we visited the town of Churchill, like the polar bear holding facility, a plane wreck, and get a feeling of how is living in a place like this, with polar bears as neighbors. My impression was a much more relaxed environment than Svalbard, where I felt more “concern” about polar bears… 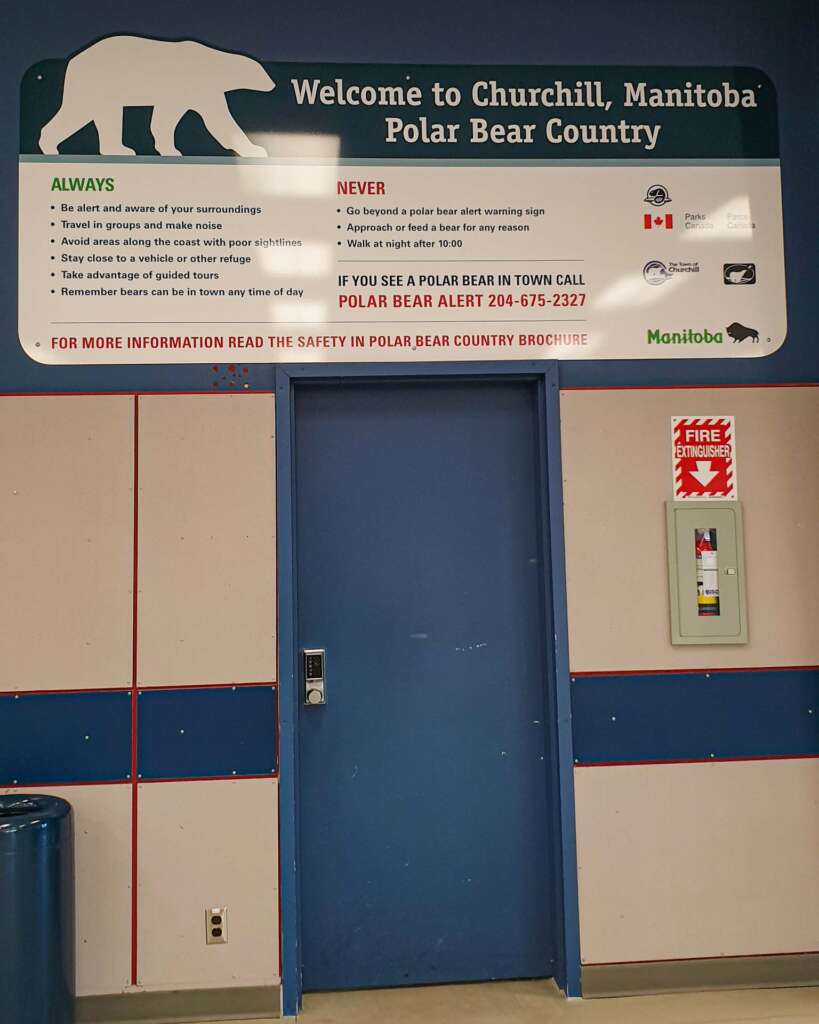 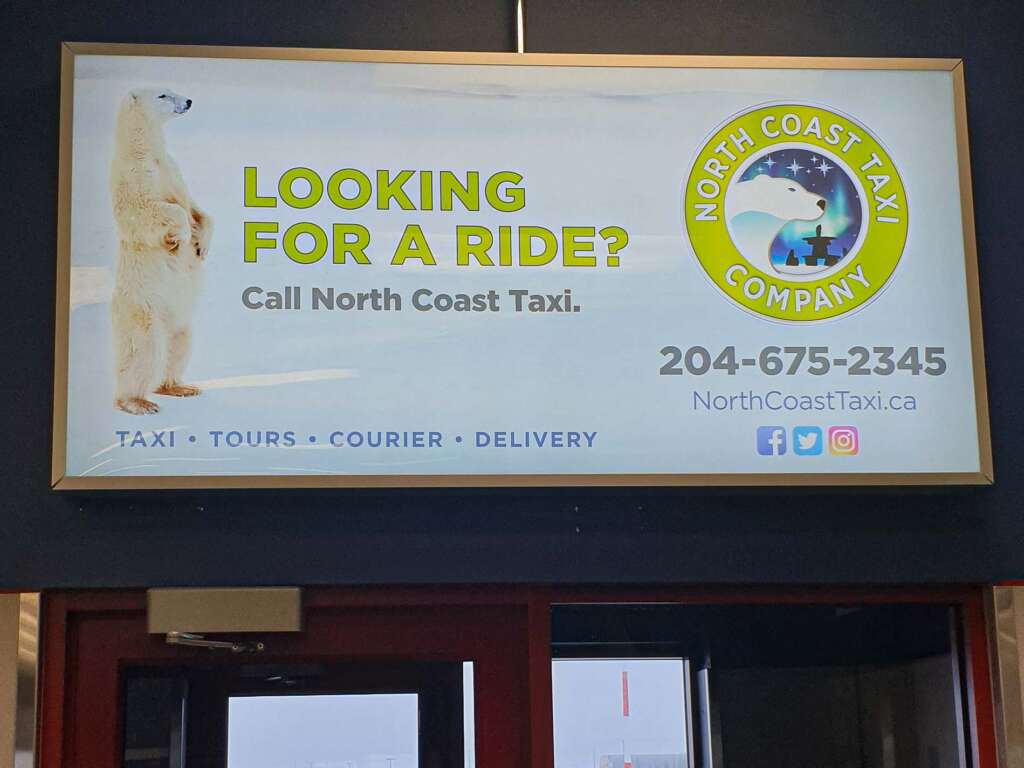 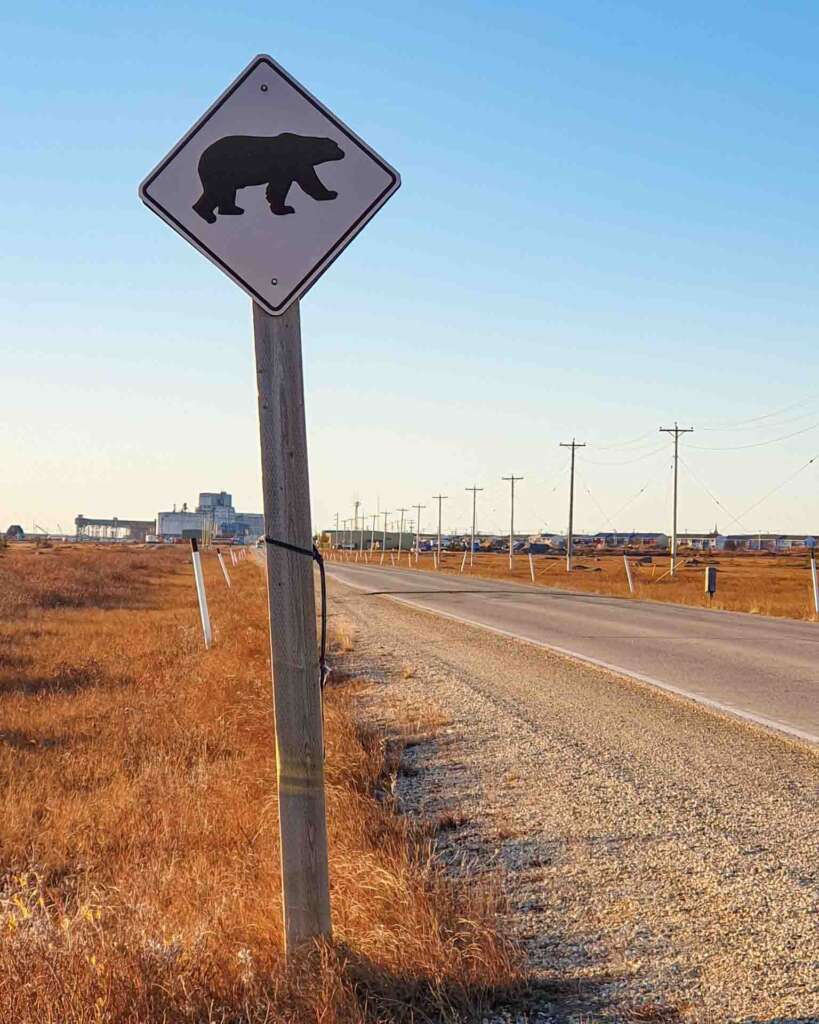 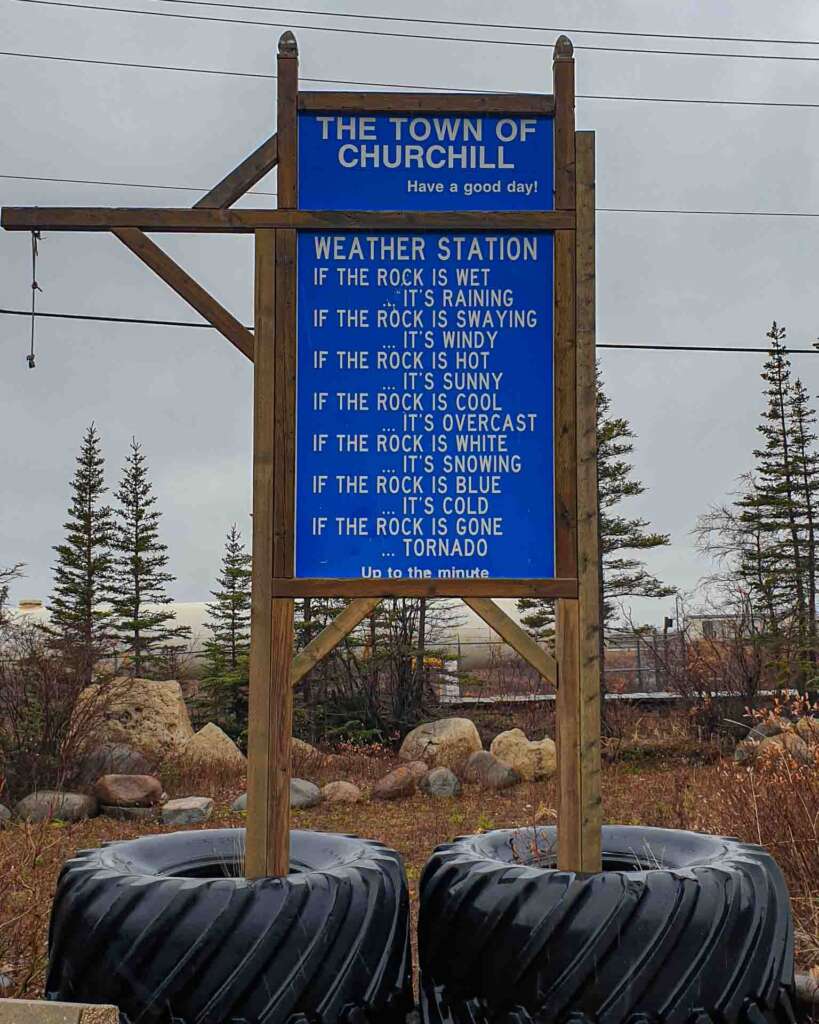 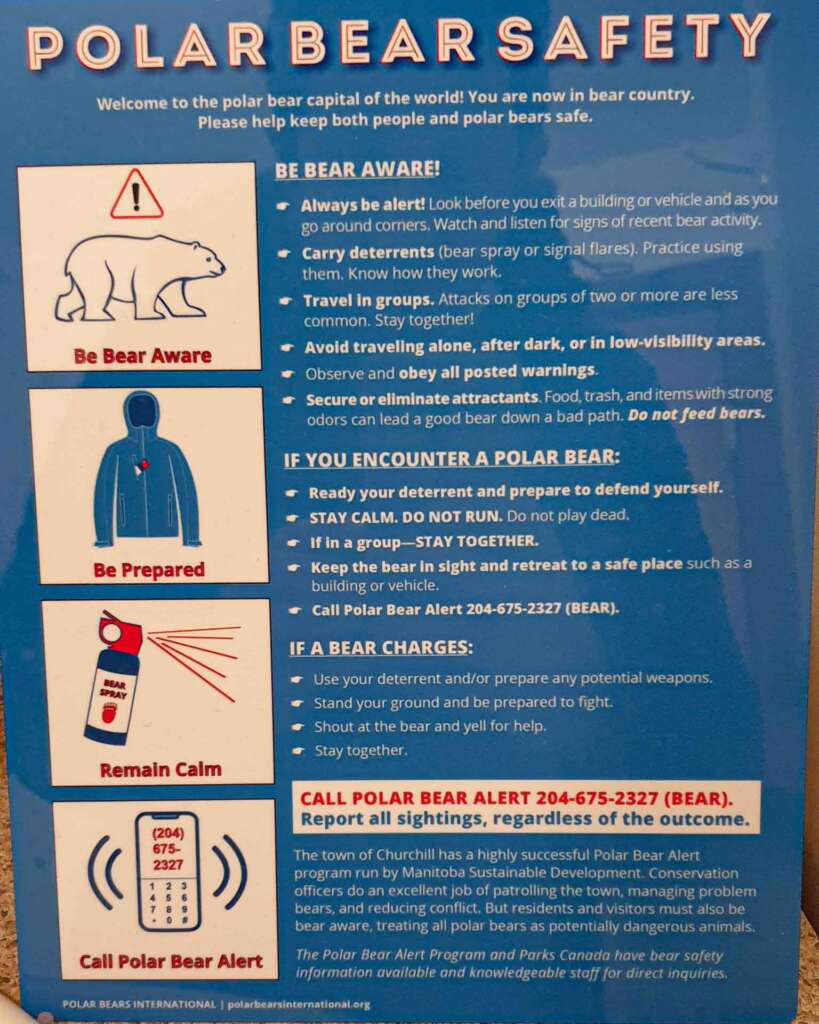 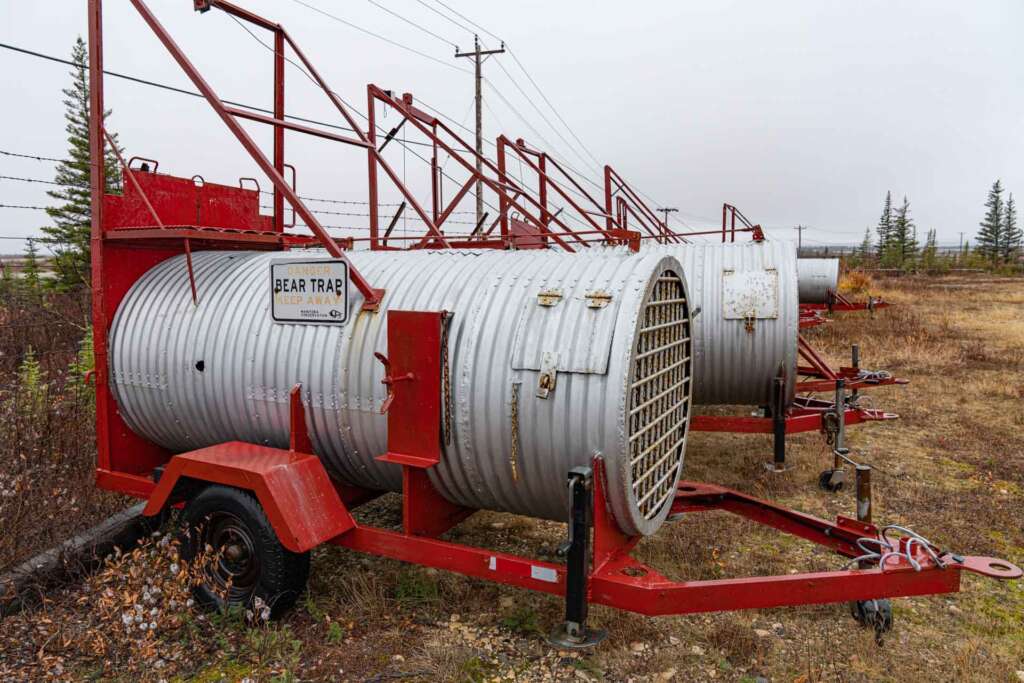 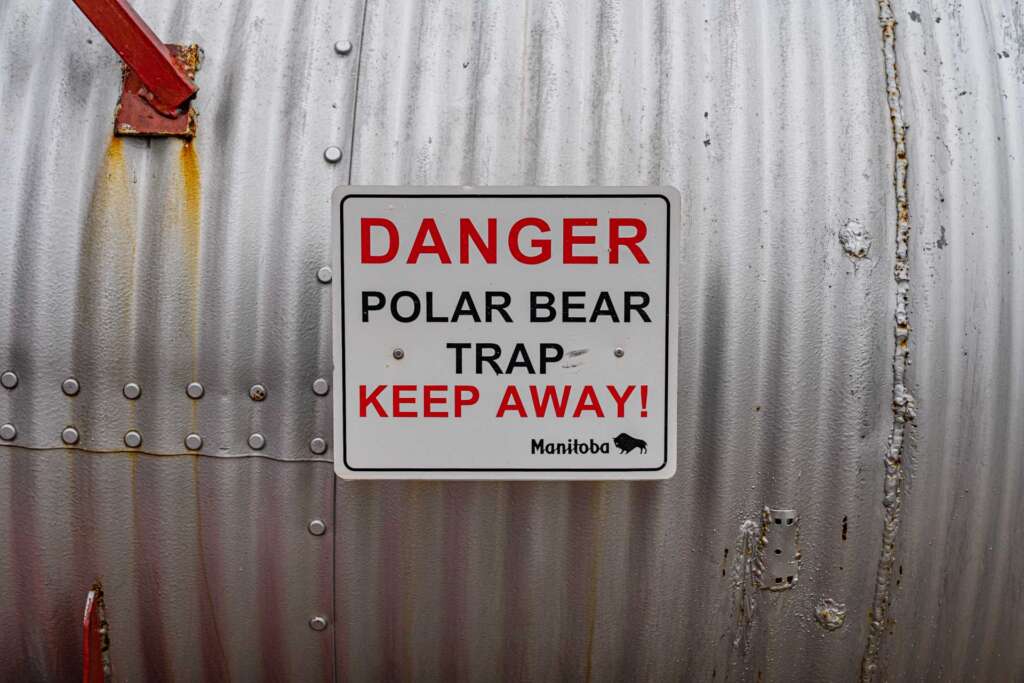 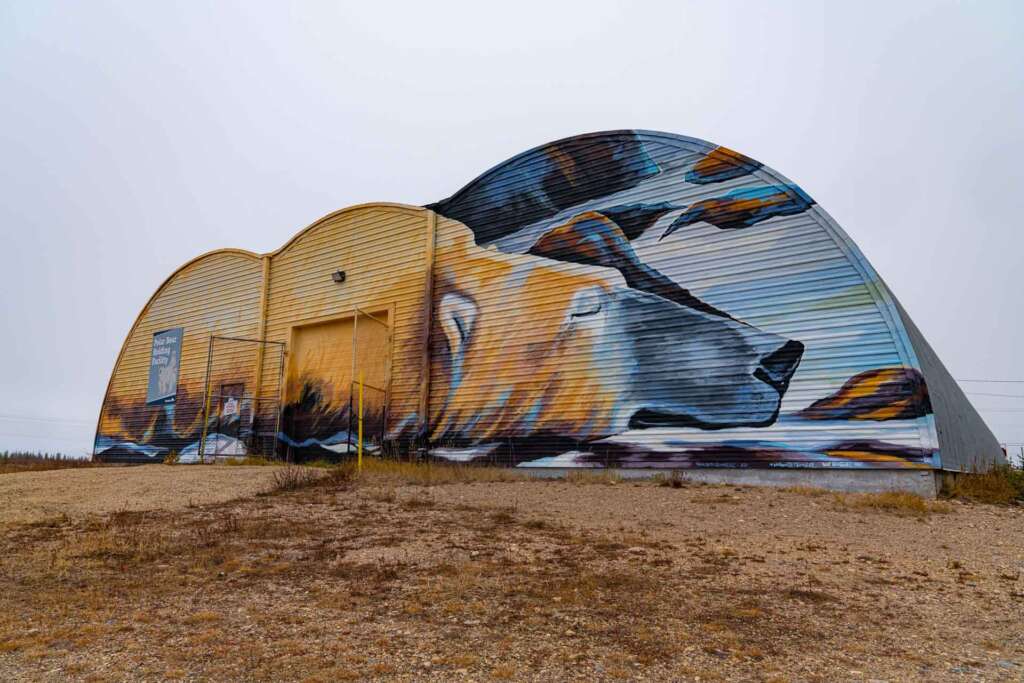 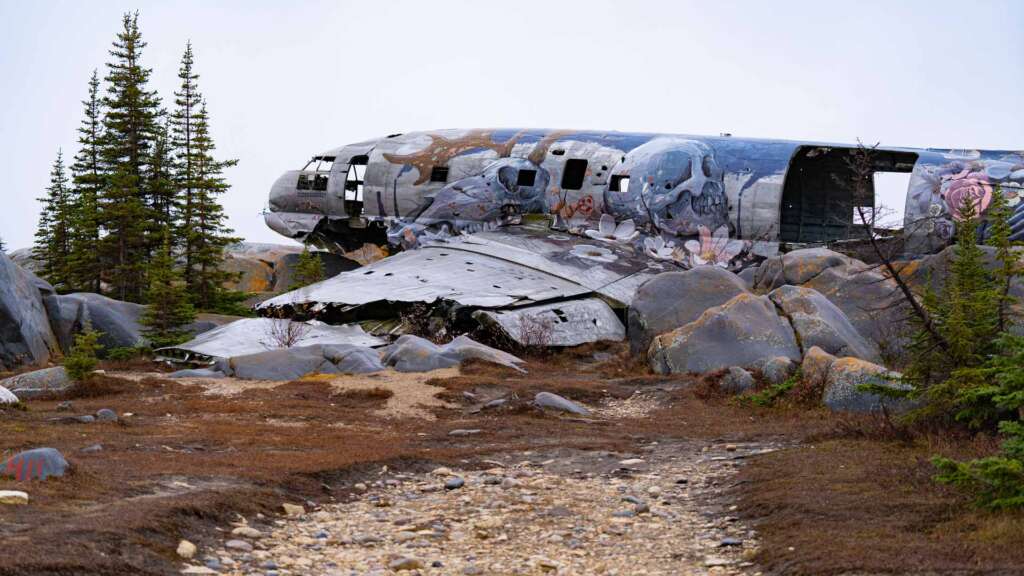 On the way to the Tundra Buggy docking centre, we spotted the first polar bears (of my life), with a mother and a grown up cub, curling together against the heavy rain. It was quite emotionally, even if the bears were quite far away and, with quite a strong disappointment from my side, we stayed there only 15 minutes before continuing in our journey. 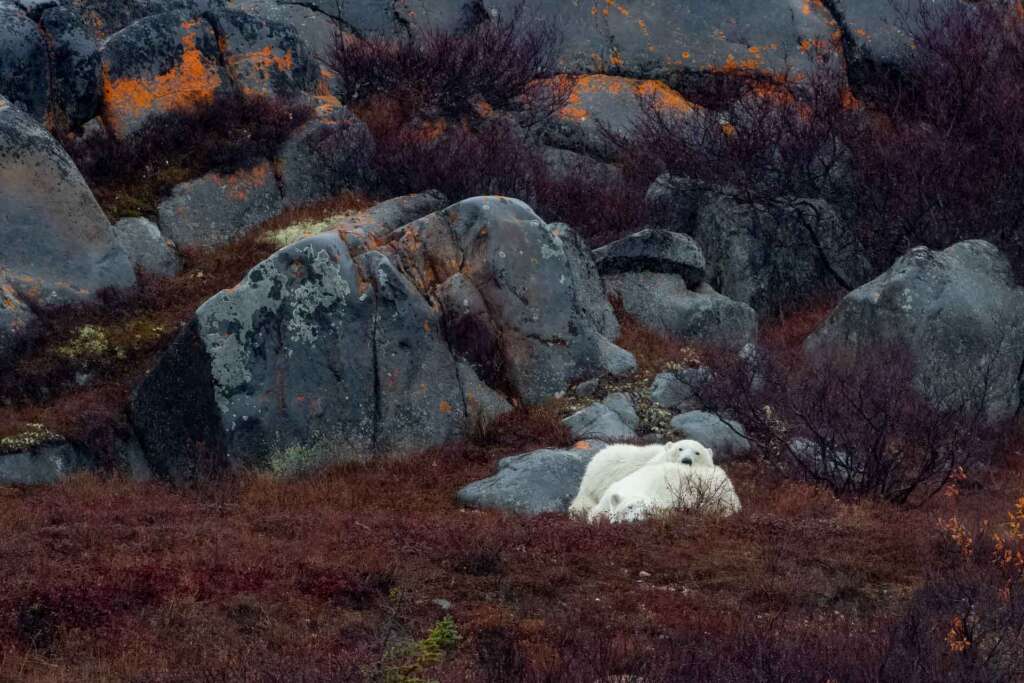 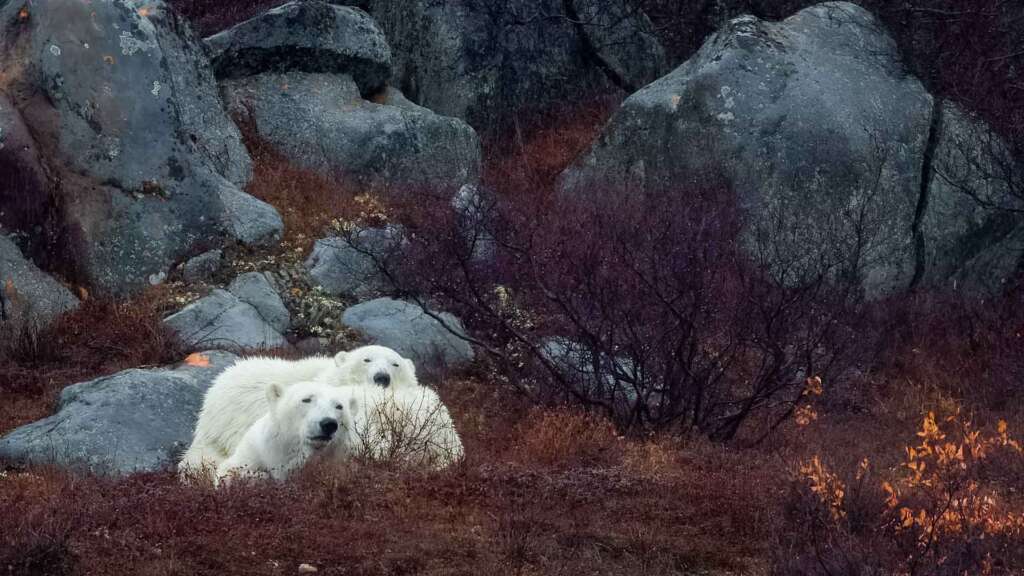 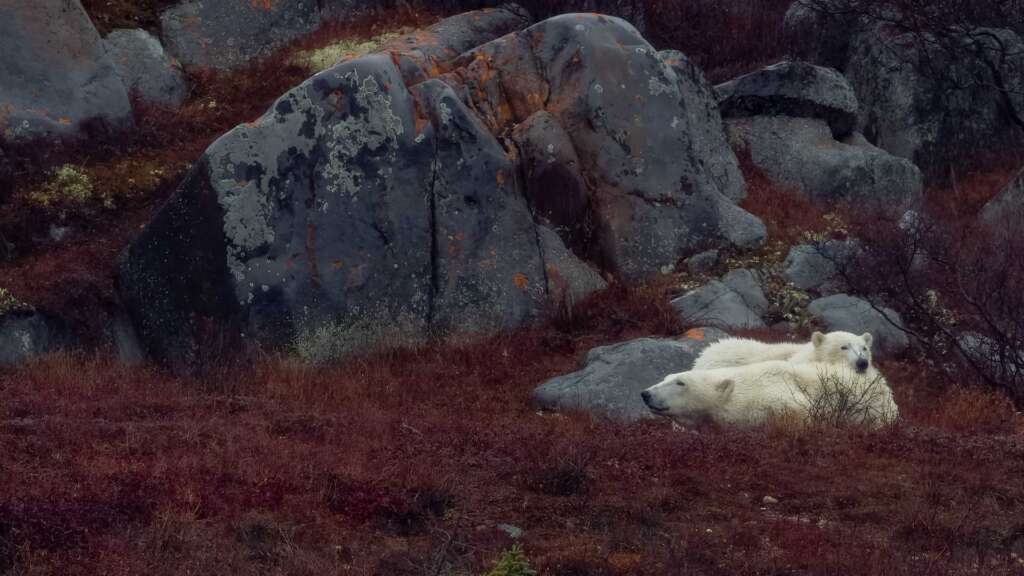 Once we boarded the huge Tundra Buggy we head for the Tundra Lodge, with around one hour of journey in the heavy rains. The road was a bumpy track created by the army when this area was a missile-testing zone, before become a national park.

The first view of the Tundra Lodge was out-of-this-world: basically it looked like a camp on an alien planet, the only lights in the wilderness. The Tundra Buggy docked to the Lodge like a spaceship, and they explained us that in order to preserve the nature, nobody is allowed to touch the ground, also for a safety reason. The Tundra Lodge is made by wagons locked to each other, with 2 sleeping wagons, a lounge wagon and a restaurant wagon. With the big plus of an Observatory Deck, where obviously I spent most of the time of my first night: I was rewarded with a northern lights show, the first night!

The second day the weather was still rainy and cloudy, with spotting of a red fox, just near the lodge, and then some amazing first animals I’ve photographed, a bald eagle and a male Caribou (a sort of reindeer). 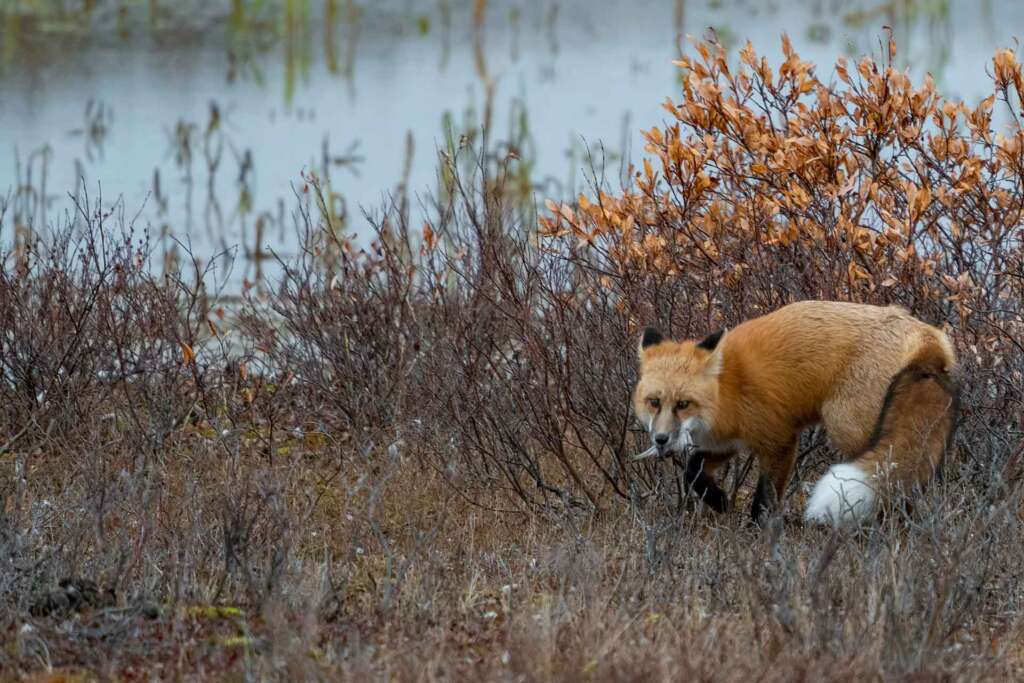 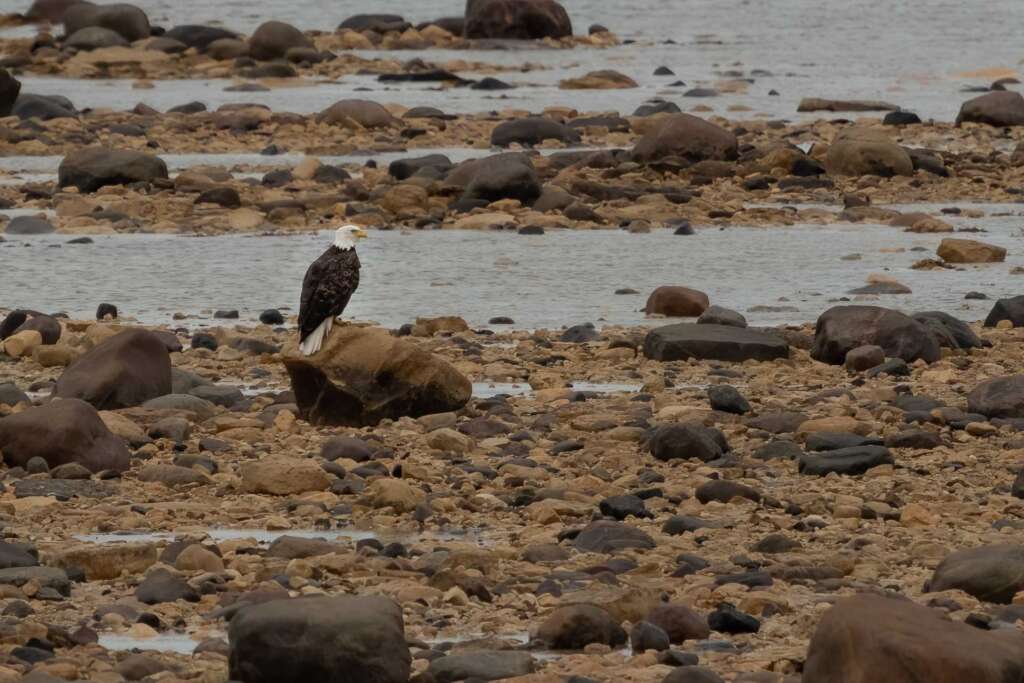 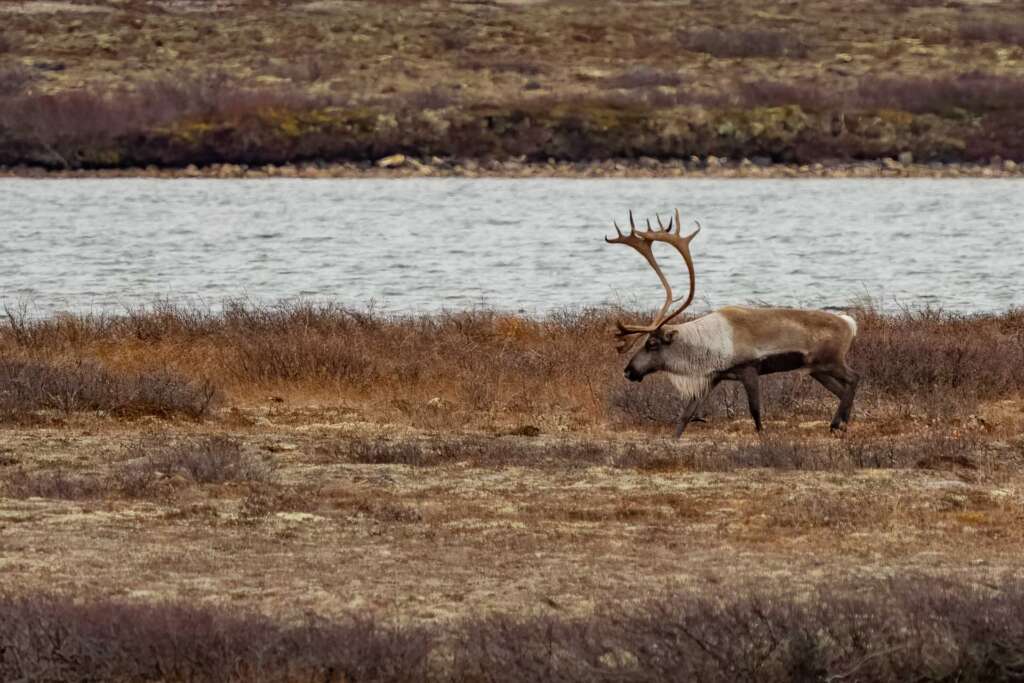 The only polar bear spotting of the day was with huge male polar bear, walking alongside the bank of the Hudson river: a distant shot, but with quite an interesting mix of striped colors. 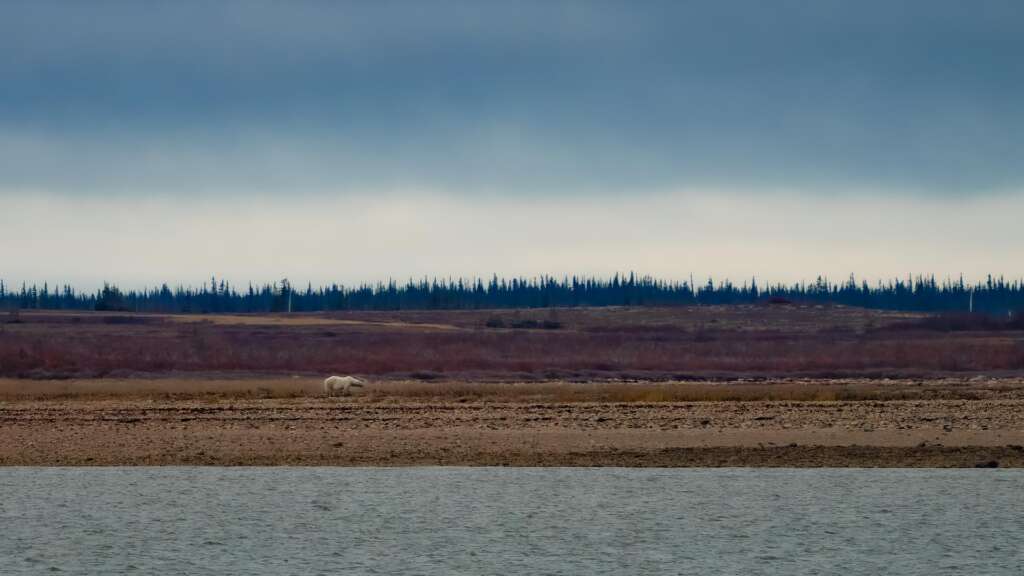 By the evening of the second day, the clouds started to disappear, welcoming an amazing northern lights night, this time more powerful and intense. I’ve placed 2 cameras on the observation deck to take shots from different angles, and the setting paid off. 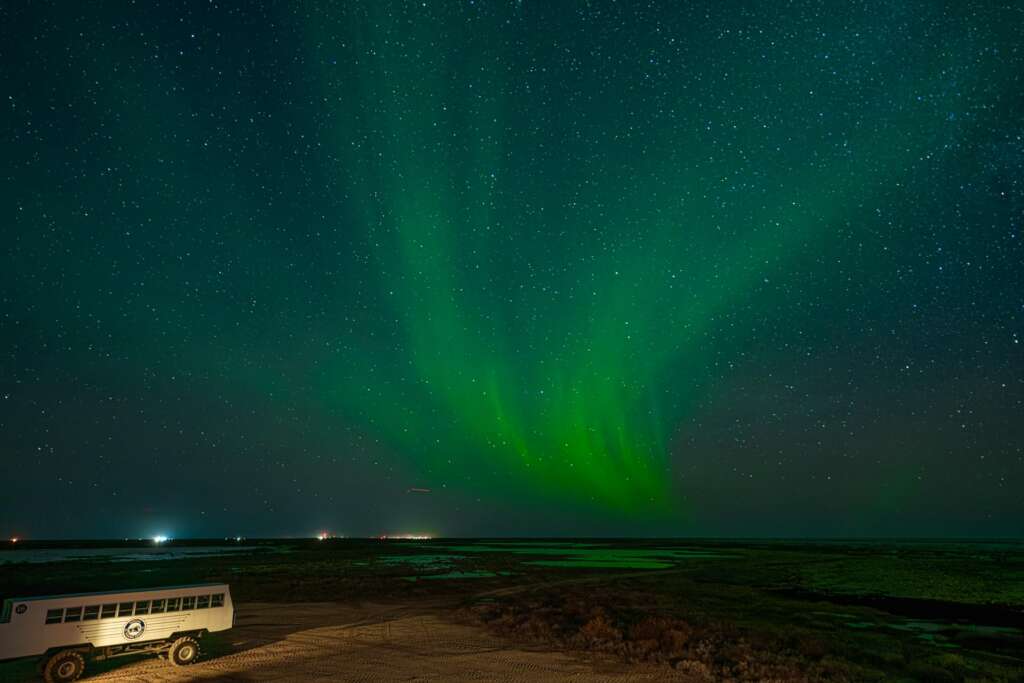 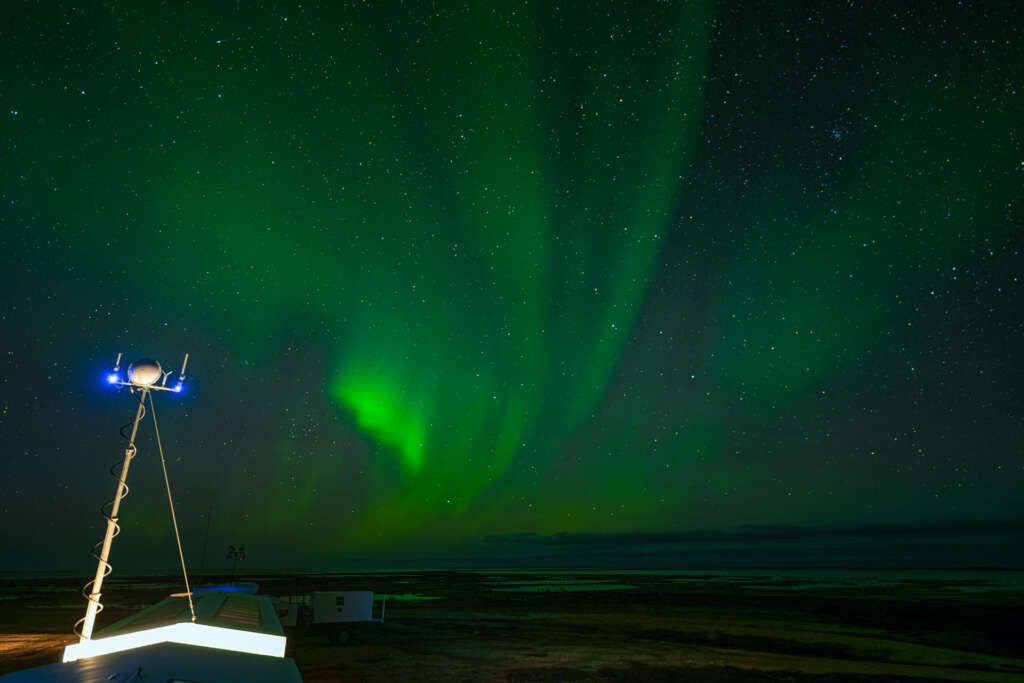 Third and final day started with one of the most beautiful and colorful sunrise I’ve seen in the world, so an excited good start of the day.

The landscape under the sun was completely different than the previous days! We have spotted a red fox hunting under a perfect light, which allowed to take the following shots…which I totally love! 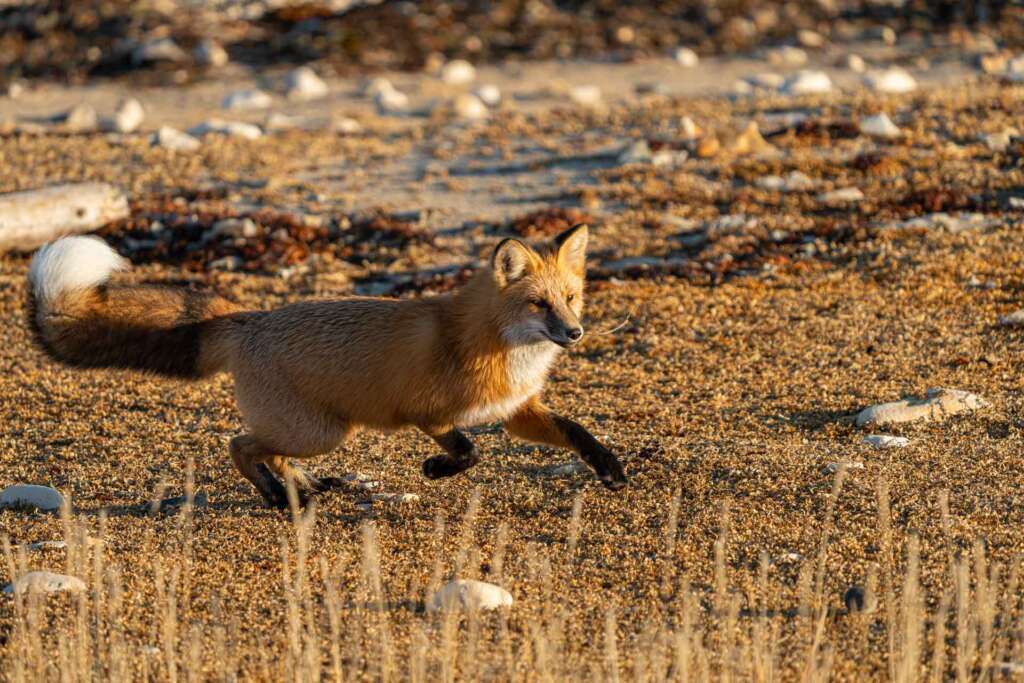 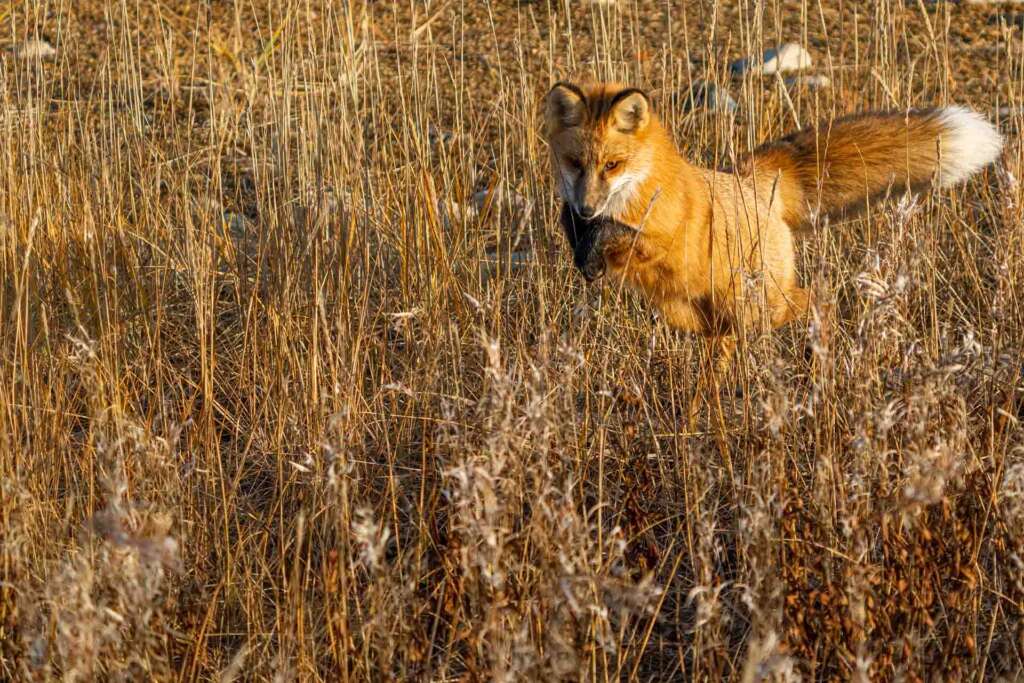 Unfortunately the third and last day did not bring us more polar bears, but that is what happens with nature and wildlife. These has been the first photos of polar bears I shot in my life, but I am sure that they will not be the last ones! I plan to go back to Manitoba, probably later in the season, to see the landscape under the snow and hopefully to get a closer look to polar bears!